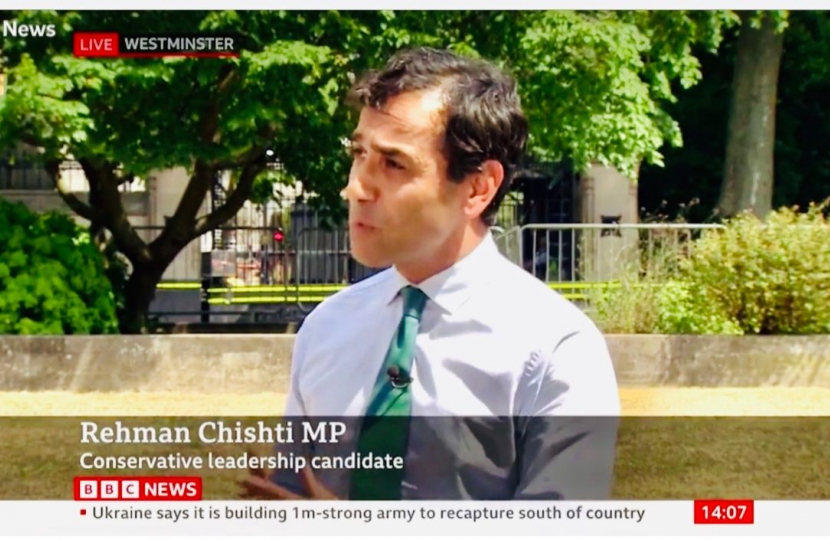 On 10 July Rehman announced his bid to succeed Boris Johnson as Prime Minister & Leader of the Conservative Party. At the time he withdrew his nomination on 12 July 2022 he was among the 11 candidates having stepped forward.

Rehman explained in his video launch, and in his subsequent interviews with Sky News, BBC News, ITV News, Channel 4 News, Politics Home, that his campaign was a last minute decision within 48 hours after PM Boris Johnson had decided to step down, which required all MPs in the Conservative Party being amongst equals to step forward and offer their skills to serve our great country as its next prime minister & leader of the party and that his campaign was aimed at giving the parliamentary party and the country a fresh start, with fresh ideas, with fresh people with aspirational conservatism at its heart and a merits based system of government.

Rehman, having only launched his campaign 48 hours before nominations closed and having tried to secure the required higher threshold of parliamentary party support (20 MPs) right up till close of nominations on Tuesday 6pm, withdrew his nomination at around 5.30pm Tuesday 12 July.