Rehman welcomes action on laser pens, following the vision set out in his Private Members Bill 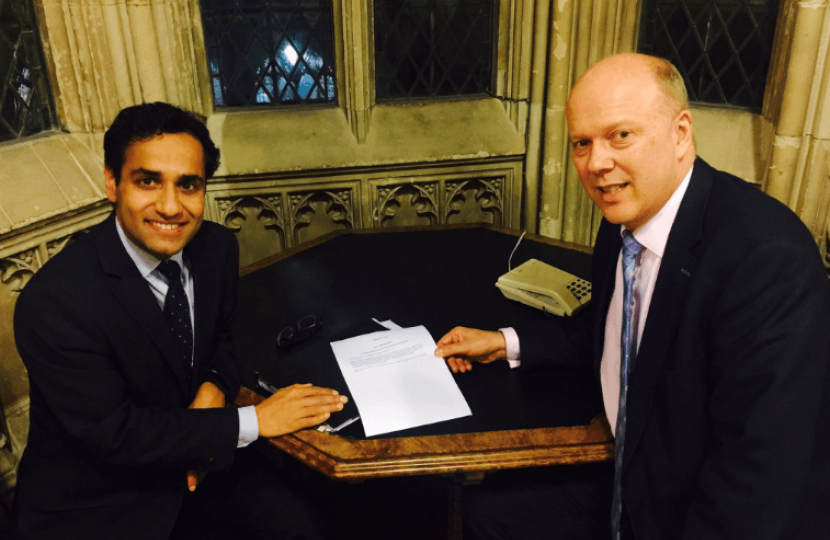 Rehman Chishti, the Member of Parliament for Gillingham and Rainham, has welcomed the Government’s Vehicle Technology and Aviation Bill which encompasses key aspects of his Laser Pens Private Member’s Bill.

Last year, Rehman submitted a Private Members Bill which called for the sale and ownership of laser emitting devices to be regulated, and for those with an output power of more than 1 milliwatt to be made unlawful in certain circumstances.

After meeting with the Transport Secretary Chris Grayling, Rehman said:

“I am delighted that the vision of my campaign and Private Members Bill calling for greater regulation of laser pens and greater penalty for those who misuse them is being taken so seriously by the government.

“Laser pens have the potential to cause serious harm to those operating planes, trains, cars and other forms of transport, as well as those travelling as passengers.  Indeed, laser attacks on aircraft are now at an estimated 1,500 incidents per year, and without Government action it would only be a matter of time before a very serious incident.

“I also welcome the fact that all forms of transport are covered by this bill, given that in 2014 to 2015 there were 118 recorded incidents of people shining lasers at train drivers.

“Having campaigned on this and lobbied the government to take action, I am delighted that this Bill has been published with a view to making travel safer for us all.”