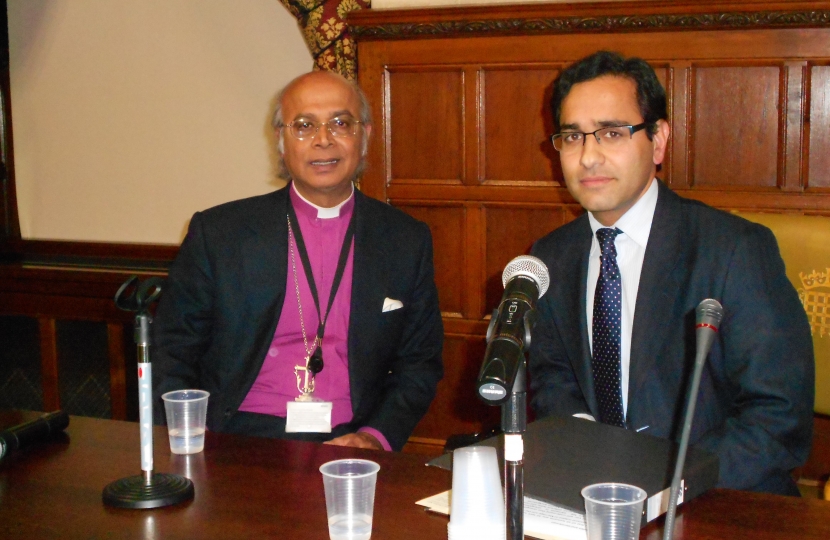 Rehman has been campaigning to promote religious freedom.

In Parliament, Rehman spoke in a debate on the persecution of Christians around the World.

Rehman has also raised the case of Asia Bibi in Parliament.

With the former Bishop of Rochester, Bishop Michael Nazir-Ali, Rehman hosted a discussion in Parliament on Freedom of Belief, which was attended by local residents and representatives from church and faith groups along with national and international charities.

In a Parliamentary debate, hosted by Rehman, he highlighted the persecution of minorities in Pakistan and proposed possible reforms to the current laws. In a question to the Prime Minister, Rehman asked him to raise this issue with the Pakistani Government.

Rehman has also written an article on Conservative Home, explaining why we should urge Pakistan to reform its laws.