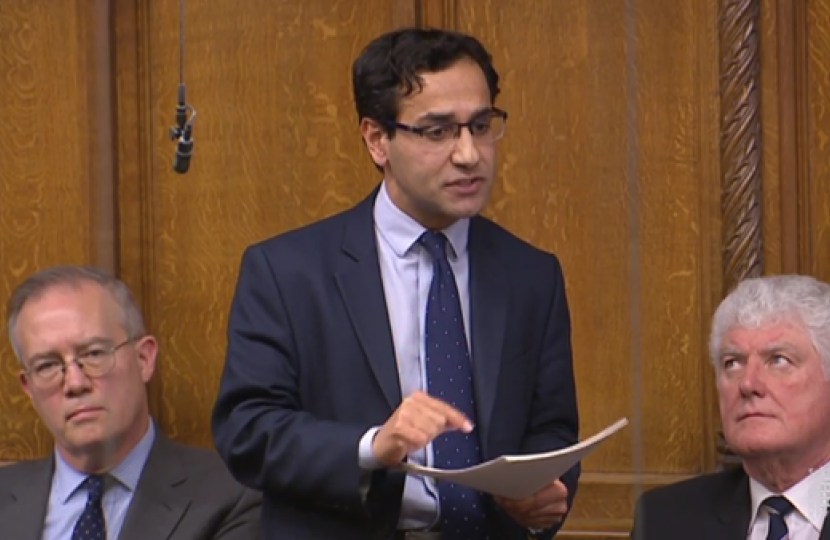 Rehman has urged the Government to introduce to take tougher action on the selling of illicit tobacco.

There have been reports of shops in Gillingham making £25,000 a week out of the illegal trade, taking money away from legitimate businesses and harming the local economy.

Previously, Gillingham in Kent has been named as a national hotspot for illegal tobacco. Research by MSIntelligence has suggested that more than half of cigarettes in Gillingham have avoided tax.

Rehman asked the Prime Minister at PMQs to look at increasing the maximum penalty for the offence to bring it into line with the supply of Class C drugs.

Currently, a person could get up to seven years imprisonment for tobacco offences, whilst those caught supplying Class C drugs can be sentenced up to 14 years.

Rehman has previously raised in Parliament concerns about the underuse of existing penalties to tackle the illicit trade. His research has shown that the current powers have only been used a handful of times, which was covered in the Asian Trader.

Currently, HMRC can formally object to the renewal of a retailers’ license to sell alcohol and retailers can also lose their Lottery terminal if they are found to be selling illicit tobacco to the public.

However, Camelot has told Mr Chishti that in their 20 year history, only "a handful of outlets have had their terminal removed as a result of confirmed illegal non-National Lottery activity."