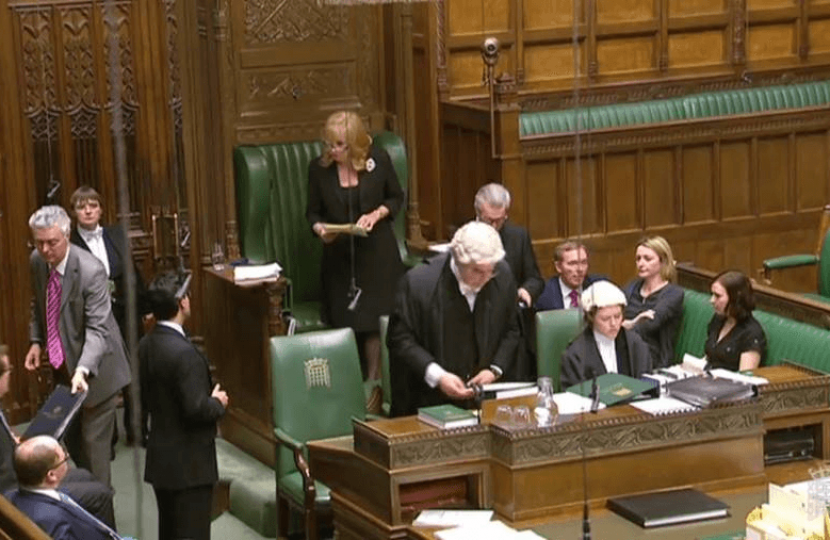 There has been an increasing number of incidences where laser pens are used to target civilian and military aircraft, as well as cars and trains and Rehman has been campaigning to make high powered laser pens prohibited items under the law.

He has introduced a Bill in Parliament which would prohibit the possession of a laser pen of more than 1 milliwatt in strength, with the offence having the same sentence as carrying a knife.

Rehman has also raised the issue in Parliament, calling on the Justice Secretary to support his proposal.

In an article for ConservativeHome, Rehman argued why restrictions are needed.

The number of aircraft targeted by lasers has increased, with more than 1,300 incidents recorded by the Civil Aviation Authority each year. This compares to only 20 incidents in 2005.

Recent research by Rehman has shown the full extent of the problem affecting the transport system. Through Parliamentary Questions, Rehman has shown that over the last five years, 326 laser pen incidents have been recorded on trains. In the same period, 470 attacks on military pilots were reported along with 17 attacks on air traffic control towers.

His Freedom of Information request to the National Police Air Service, which operates the UK’s police helicopters, has highlighted 117 incidents in the last two years alone.

And whilst the number of reported laser attacks have increased, figures show that the number of convictions (for directing or shining a light which endangers aircraft) have fallen. Latest figures report that only 18 people were convicted under Article 222 of the Air Navigation Act in 2014 compared to 48 in 2011. Since 2010, 141 people have been convicted.