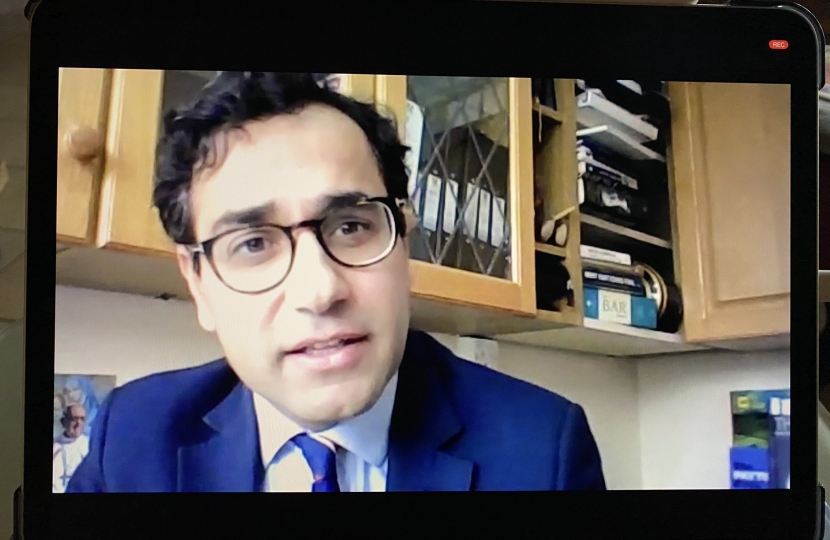 Rehman spoke on a panel titled 'Combating Religious Extremism and Terrorism in Europe: What next?', organised by the Conference of European Rabbis and the Institute for Freedom of Faith & Security in Europe, moderated by King's College London Professor Peter Neumann

Rehman held a phone call with the Chief Executive of Medway NHS Foundation Trust, James Devine, to receive an update on the rollout of the Covid-19 vaccine in Gillingham & Rainham and across Medway.

(Picture above taken prior to Covid-19).