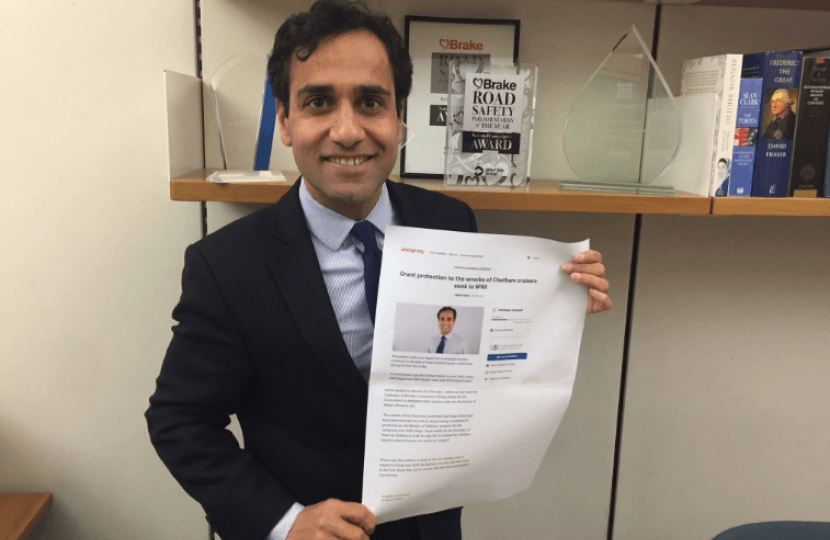 HMS Cressy, HMS Hogue and HMS Aboukir are now recognised by Government as protected vessels, under Protection of Military Remains Act 1986 following a petition and campaign by Gillingham and Rainham MP Rehman Chishti.

“I am delighted that my petition on behalf of residents of Gillingham and Rainham submitted to parliament on 7 September 2015 has been successful. It was a tough competition with over 5000 applications out of which only 13 were successful, which included HMS Aboukir, HMS Cressy and HMS Hogue. This will now mean that those brave and courageous men and women who lost their lives can rest in peace.   Protected status, as outlined by the Protection of Military Remains Act 1986, will legally protect these vessels from disturbance and salvage hunters.

"I would like to thank all those who have supported the petition, the campaign and all those who have been campaigning on this for a long time as well as the Government for taking this vital action that was long overdue. Like everyone I am proud of our local and national military history and heritage and will always be indebted to those brave and courageous men and women who lost their lives, to give us our freedom today”.